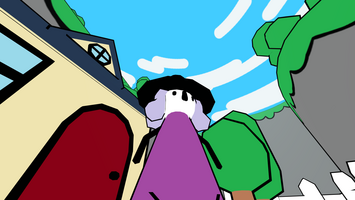 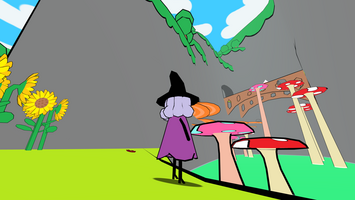 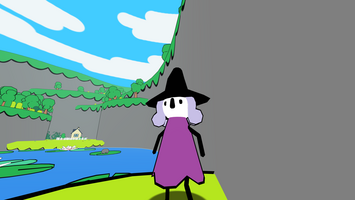 After a lot of work, we have tightened the controls and improved the camera.

Controls and cameras are not exactly easy to do in the maximum of 72 hours afforded to you for Ludum Dare but after the jam they are always a major complaint. For Potion Commotion the game was barely playable on keyboard and mouse and felt a little loose on controller. The camera was pretty bad too in tight spaces it would go from right at the players face to as zoomed out as possible by just moving it slightly, it would also never follow the direction the player was moving which led to some frustrating situations.

Here's how I tackled this:

So the majority of the complaints were levelled at the keyboard not having enough precision. This is a big issue for a platformer but the solution was relatively simple. I added a dash button. This moves the player at max speed and not holding it moves you at about 0.6 of the old speed. This allows you to cautiously line up jumps or slow down before you overshoot a platform. After some testing however I felt a little more control was in order. This time I focused on the jump implementing a classic solution and making it so holding it down would make you reach full height but simply tapping would cause you to hop. I also added a simple look sensitivity control.

Now the controls were better but I was still having trouble using them as I couldn't always see where I was going unless I was always moving the camera. To fix this it was a simple matter of having the camera align to the direction the player was heading. Once I had  that though I noticed I couldn't stand being in tight spaces in the game, and not because I had claustrophobia, but for the same reason tight spaces feel awkward in so many games. They simply felt cramped and the camera suddenly zooming in and out really didn't help. My solution is I think the most interesting part of this update. I realised that in tight spaces the camera never really needed to be at it's maximum distance from the player so I made a system where I used the average of the maximum distances up, forward, backward, left, and right as the maximum distance for the camera. This way in open and closed spaces the camera would have a much more consistent distance. To add to this I realised that by zooming in on the player I was obscuring more of the environment, so I linked the cameras field of view to the cameras distance from the player. Now you could see more of your surroundings in tight spaces and in open spaces you didn't get any distortion fro m the higher field of view.

Some of the small things I added in this update include a new bounce animation, some bounce particles, and a particle effect when the monsters turn back to sheep.

A short 3D Platformer. Run, jump, and bounce around this cute little world to right the wrongs you have committed!